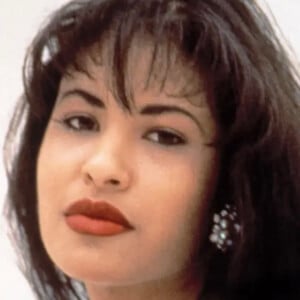 Iconic Texan singer also known as the Queen of Tejano Music who became one the best-selling Spanish artists in history. She won a Grammy Award in 1994 for her album Live! Her best known songs include "Como la Flor," "Amor Prohibido," "Bidi Bidi Bom Bom" and "Si Una Vez."

She sang at her parents' restaurant, which went out of business, and left school when she was in eighth grade.

Her posthumous English album Dreaming of You debuted atop the Billboard 200, making her the first Latin artist to land a #1 debut on the chart. She appeared in two episodes of the telenovela Dos Mujeres, Un Camino starring Laura León, Erik Estrada and Bibi Gaytán. She was also in talks with Televisa to star in her own telenovela.

Her siblings Suzette and A.B. performed with her as musicians. Her father Abraham Quintanilla Jr. served as her producer and manager. She married Chris Perez on April 2, 1992.

Jennifer Lopez starred in a critically-acclaimed 1997 biopic film based on her life, which was titled Selena.