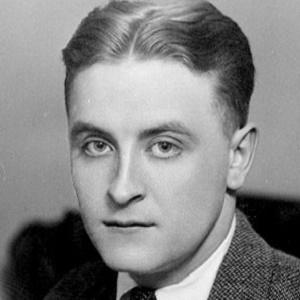 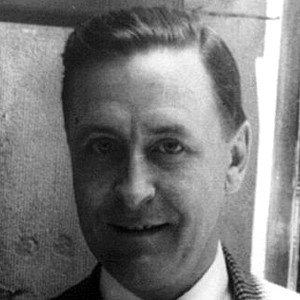 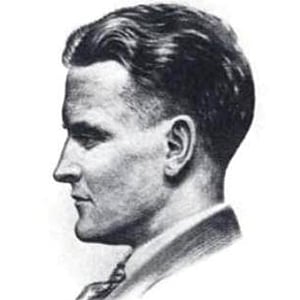 Jazz Age author of The Great Gatsby, member of The Lost Generation, and husband of the eccentric socialite Zelda Fitzgerald. His novels include This Side of Paradise, The Beautiful and Damned, and Tender Is the Night.

He was so intelligent as a child that he was permitted to attend only a half-day of school, and he could decide which half. He later matriculated at Princeton University, but was put on academic probation when he spent more time writing fiction than concentrating on his studies.

Daisy Buchanan, a character in The Great Gatsby, became one of the most prominent heroines of modern literature.

He was born in Saint Paul, Minnesota to Mollie and Edward Fitzgerald. He was named after his distant cousin, the famous Francis Scott Key. He later married Zelda Sayre; the couple welcomed a daughter, Frances Scott Fitzgerald, in 1921.

Leonardo Dicaprio starred as Jay Gatsby in the 2012 film adaptation of Fitzgerald's The Great Gatsby.

F. Scott Fitzgerald Is A Member Of