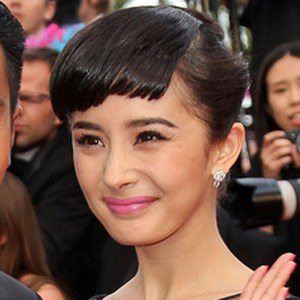 Chinese film star who played roles in The Return of the Condor Heroes and Chinese Paladin 3.

She began her entertainment career as a child with a small role in the 1992 film King of Beggars at age six.

She became known to television audiences for her role as Guo Xiang on Shen diao xia lu.

She began a relationship with actor Hawick Lau in 2012. They married in 2014 and welcomed a daughter the same year.

She co-stars with Huang Xiaoming in the Chinese TV series The Return of the Condor Heroes.

Yang Mi Is A Member Of