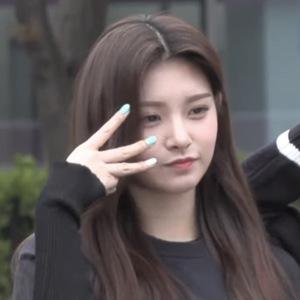 Chinese pop singer who has been a member of the Yue Hua Entertainment girls group Everglow. They released their debut album, Arrival of Everglow, in March 2019.

She was an Mnet trainee for two years before appearing on girl group survival show Produce 48. She was eliminated in episode 11.

She is the maknae of the group.

She was born Wang Yiren in Zhejiang, Hangzhou, China.

Im Yoona is one of her role models.

Yiren Is A Member Of