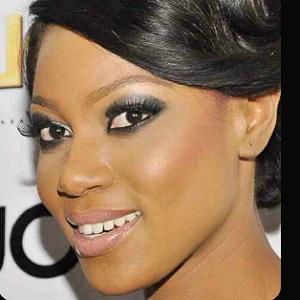 Actress and model from Ghana who became known for her roles in the 2007 film Princess Tyra and the 2008 film Playboy.

She competed in the 2005 Miss Ghana Beauty Pageant, winning the talent segment of the competition with her performance of a self-written rap number.

She modeled for Maxim Cosmetics and also appeared on the television series Fortune Island.

She was born in Accra, Ghana to O. Nelson and Margaret Gaddy.

She and fellow African actress Stephanie Okereke have both received African Movie Academy Awards nominations for their film work.

Yvonne Nelson Is A Member Of