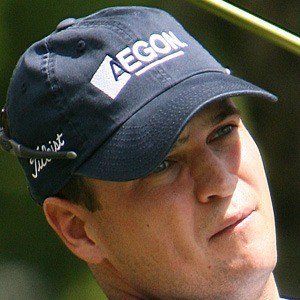 PGA Tour golfer with over 12 victories, including the Masters in 2007 and the 2015 British Open Championship.

He attended Drake University, becoming the No. 2 golfer on the team; the team reached three NCAA regional meets and two Missouri Valley championships.

He turned professional in 1998 and came in third at the 2000 PGA Championship.

He married Kim Barclay in 2003; they have three children named Will, Wyatt and Abby Jane.

He edged out second-place finisher Tiger Woods at the 2007 Masters.

Zach Johnson Is A Member Of