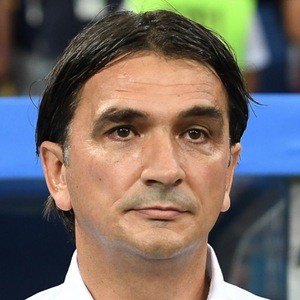 Former defensive midfielder turned manager who helped the Croatian national team reach the 2018 FIFA World Cup Final, their first making it to the final game. They lost the game to France.

He spent his youth career with NK Troglav 1918 Livno.

His parents are Ivan and Kata Dalić. He married Davorka Propadalo in 1992 and has two sons named Toni and Bruno.

He was the coach of the Croatian National team which had Luka Modric as its best player.

Zlatko Dalić Is A Member Of