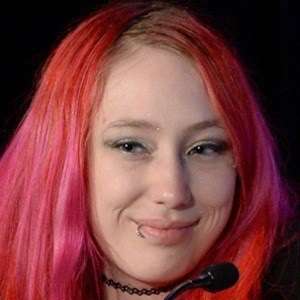 Game developer and programmer who was the subject of the 2014 blogpost, written by her ex-boyfriend, that sparked the Gamergate controversy.

She grew up playing video games and started suffering from depression in her teens, which inspired her to create the game Depression Quest.

Following the extensive harassment she received from Gamergate, she helped found Cash Override, which eventually became part of the Online Abuse Prevention Initiative.

She grew up in New York state but later moved to Canada. She's had both an NTag216 chip and magnet implanted in her hand.

She and Anita Sarkeesian were both suffered from harassment as part of the Gamergate controversy.

Zoe Quinn Is A Member Of