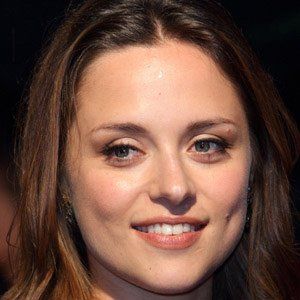 English actress who became recognized in the 2008 UK film Affinity and the 2005 film Mrs. Palfrey at The Claremont.

She graduated from the Central School of Speech and Drama in 2003.

She has had television roles in Mr. Selfridge, Survivors and Desperate Romantics.

She married television actor Oliver Dimsdale in 2008; the couple had one daughter named Ava.

She had a supporting role in the 2004 film Stage Beauty with Claire Danes.

Zoe Tapper Is A Member Of