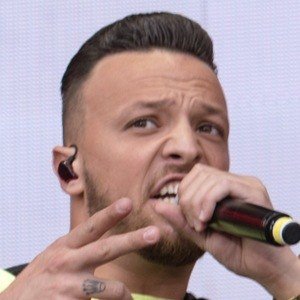 Member of the Dresden, Germany-based rap crew KMN Gang who released a solo album in April of 2017 titled Mele7 which charted at #2 on German Charts and at #1 on Switzerland charts.

He joined the newly formed rap crew KMN Gang in 2010.

He was featured on a 2016 track by Manuellsen called "Bereit zu sterben."

He was born in Baalbek, Lebanon, and lived in the country until he was 15. He moved to Germany with his parents.

He is joined in KMN Gang by Azet.

Zuna Is A Member Of