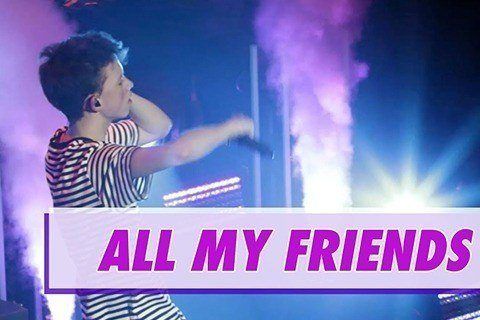 Track six on the debut album of web star Jacob Sartorius, The Last Text.  The song was released on his 14th birthday and produced by T3 Music Group. He went on a tour called the All My Friends Tour.

It was the third single released by Sartorius following "Sweatshirt" and "Hit or Miss." The song reached #10 on the iTunes Chart.

All My Friends Popularity

All My Friends Fans Also Viewed