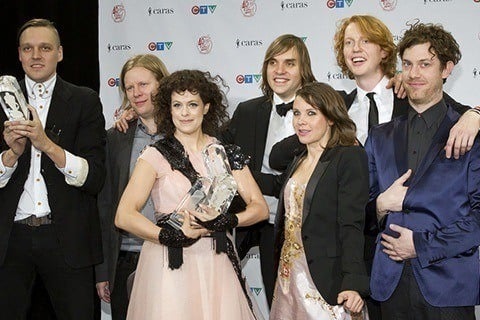 Indie rock project that gained prominence with their acclaimed debut album Funeral. They earned further acclaim with Neon Bible, the album which won them a Meteor Music Award and Juno Award, and then won a Grammy for Album of the Year with the release of The Suburbs.

The group is notable for playing a plethora of instruments, some of which include the xylophone, glockenspiel, French horn, harp, mandolin and hurdy-gurdy.