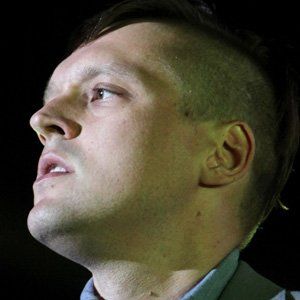 Singer-songwriter and lead vocalist for the indie rock band Arcade Fire, known for their albums Funeral, Neon Bible, The Suburbs, and Reflektor.

He studied religion at McGill University, where he met his future wife and bandmate.

He contributed the song "Do They Know It's Hallowe'en?" for a UNICEF benefit album.

His grandmother sang with The King Sisters and hosted her own nationally-televised variety program on ABC.

His wife Regine Chassagne sings and plays a range of instruments in Arcade Fire.

Win Butler Is A Member Of