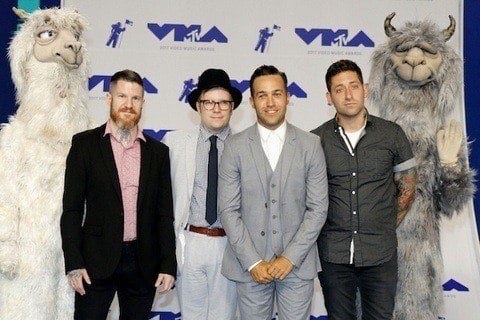 Band that's roots lie in the hardcore punk scene of Chicago. Their 2005 album From Under the Cork Tree went double platinum and helped them breakthrough into the mainstream.

They were nominated for Best New Artist at the Grammys in 2006. Their 2015 album American Beauty/American Psycho was their third to go number 1.