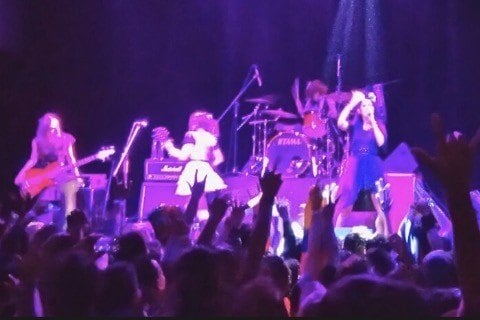 Hard rock and heavy metal band in which the members of the group are seen wearing maid outfits. They were originally signed to Gump Records, and later switched to major label Nippon Crown's sub-label Crown Stones in 2016. In 2019, they moved to new sub-label Revolver Records.

The group is also known as Band-Maiko. In 2016, they won the Japan Next Generation given out by the Classic Rock Roll of Honour Awards.