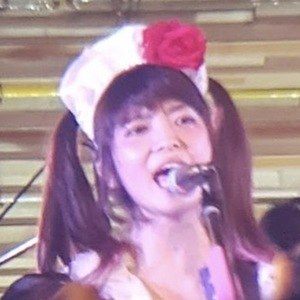 Guitarist, vocalist, and front-woman of the J-Pop group Band-Maid. She is known for having performed the popular songs "Ai to Jonetsu no Matador" and "Daydreaming / Choose Me."

She always had a passion for singing, but started playing guitar in 2013. She originally worked at a maid cafe for three years before approaching Kanami about the band. The idea for the band came from the outfits and uniforms she wore while at Noodol-Cafe.

She is recognized for almost always having an iconic rose attached to the top of her maid outfit.

She was born and raised in Kumamoto and has a brother who often appears on her Instagram.

She performed alongside fellow J-Pop star Kyary Pamyu Pamyu at the 2019 Rock in Japan festival.

Miku Kobato Is A Member Of