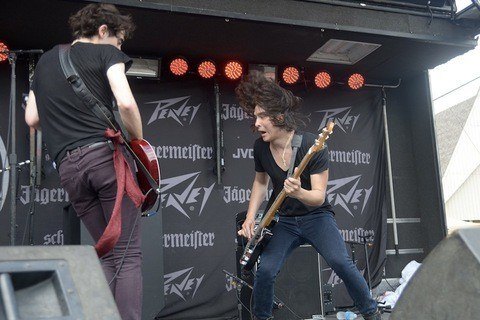 Alternative and blues/garage rock outfit with a couple of US Mainstream Rock charting songs called "Howl" and "All Who Remain." Both tracks come from their debut album, Orthodox.

The band's name is taken after a George Harrison song of the same name. Their track "Howl" was featured on the soundtracks of the video games Saints Row IV, Need for Speed: Most Wanted, EA Sports UFC and Gran Turismo.

Members of the band include Kyle Nicolaides, Daniel Curcio and Lionel Forrester Jr.