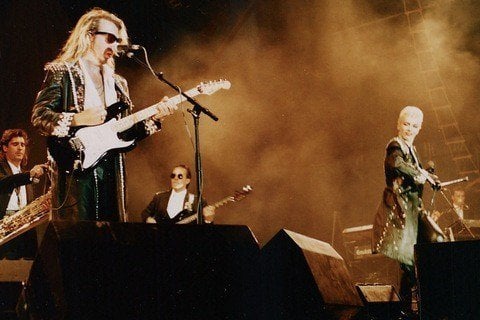 Synthpop and dance-rock group that broke through with a second album called Sweet Dreams (Are Made of This), featuring the title track which was a worldwide hit.

They won an MTV Video Music Award for Best New Artist in 1984 and the Grammy Award for Best Rock Performance by a Duo or Group with Vocal in 1987. They also won a Brit Award and were inducted into the UK Music Hall of Fame.