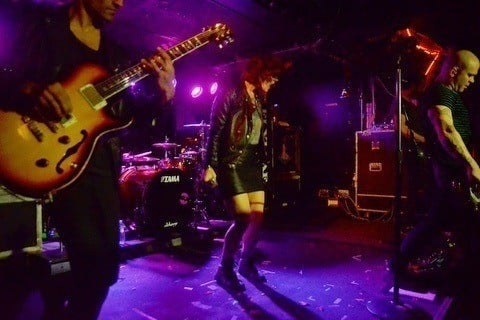 Hard rock band whose 2005 self-titled debut album went on to sell over one million copies. They won the 2009 Pop Song Award for "All Around Me" at the BMI's.