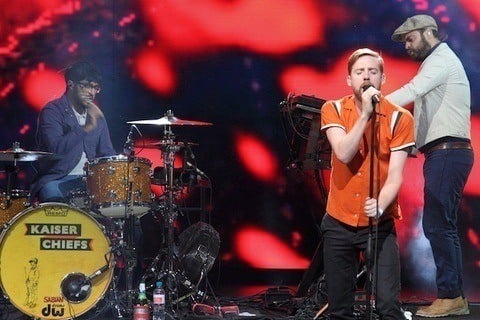 Band who released their first album, 22, in June 2003 under the band name Parva. They changed their name later that year. Their 2004 track "I Predict a Riot" hit number 9 on the UK Singles chart, and their track "Ruby" hit the same spot a year later.