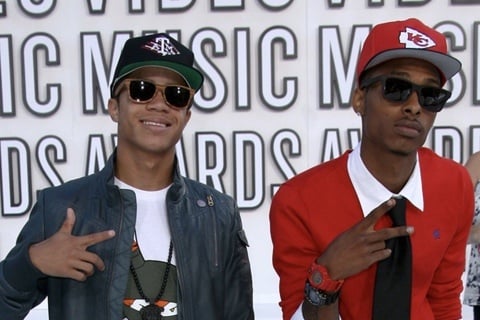 Hip hop music duo that went viral in 2009 with the single "You're a Jerk." The song made its way into the top 30 on Billboard's Hot 100 chart, and helped popularize the jerkin' subgenre. In 2013, the group announced that they would part ways to pursue solo careers.

Their debut studio album, Skinny Jeanz and a Micm achieved gold sales certification. In 2014, they appeared in the feature film School Dance.