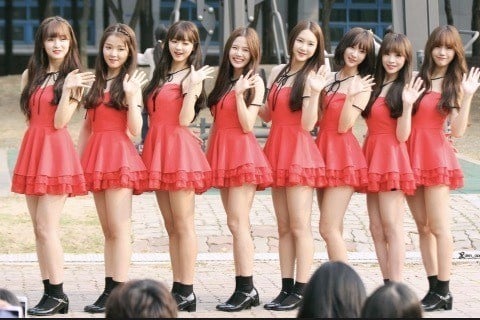 WM Entertainment group that settled as a seven-piece group after originally being an eight-piece group. JinE left the group in October of 2017 due to health issues to make the band seven members.

They debuted in April of 2015 with an eponymous EP. They won the 2018 Bonsang Award at the Korea Popular Music Awards. They also won the 2019 Female Idol of the Year honor at the Brand of the Year Awards.