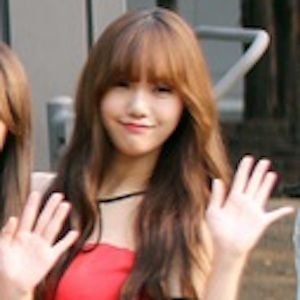 South Korean pop star best known as a rapper in the popular girl group OH MY GIRL. She and the band shot to stardom in 2015 with the release of the EP's Oh My Girl and Closer, both of which cracked the top ten on the Korean album charts.

She grew up on the South Korean island of Jeju. She completed WM Entertainment's audition process in 2013.

She and her Oh My Girl bandmates won the Best New Artist award at the 2015 SBS Power FM Cultwo Show Awards.

She worked with guitarist and songwriter Andreas Oberg on Oh My Girl's 2016 song "B612."

MIMI Is A Member Of