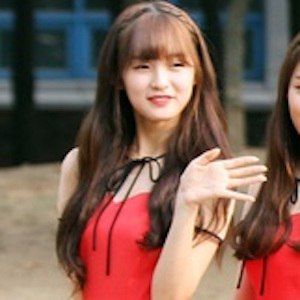 Singer who rose to fame as a member of the South Korean all-girl K-group OH MY GIRL. Her band exploded in popularity in 2015 with the release of their first two EP's, Oh My Girl and Closer.

She and her band won the Best New Artist award at the 2015 SBS Power FM Cultwo Show Awards.

Her real name is Choi Ye-won. She has a younger brother.

She has performed on the show Star King, presented by Kang Ho-dong, alongside her Oh My Girl bandmates.

Arin Is A Member Of