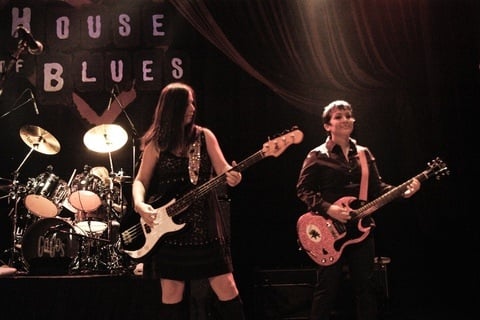 American new wave band known for a string of radio friendly hits including "Our Lips Are Sealed," "We Got the Beat," "Vacation," and "Head over Heels." They disbanded in the mid 1980's, but had several reunions starting in the 1990's.

Their 1981 debut studio album, Beauty and the Beat, peaked at the number one position on Billboard's Top 200 chart. In 2020, a documentary about the band premiered at the Sundance Film Festival.