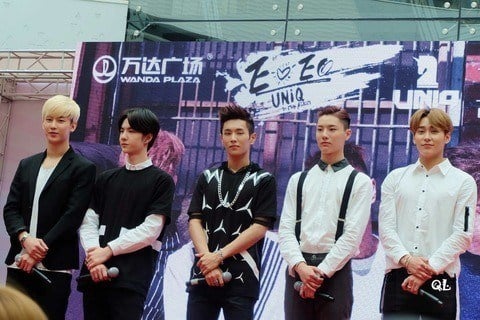 Chinese-South Korean boy group that made their debut with a single called "Falling In Love." They were formed by Yuehua Entertainment.

Their debut EP EOEO peaked at number seven on the Korean Gaon Music Chart. They had songs featured on soundtracks for Teenage Mutant Ninja Turtles, The SpongeBob Movie: Sponge Out of Water and Penguins of Madagascar.