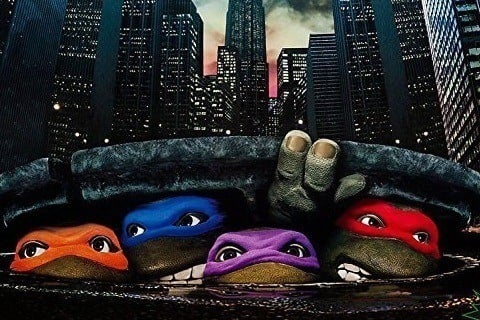 A reboot of the franchise follows four mutant turtles as they fight crime in New York City. The film is based off the Mirage Studio characters of the same name.

The movie was released on the 30th anniversary of the creation of the characters.  The movie is the first Teenage Mutant Ninja Turtles movie to receive a PG-13 rating.