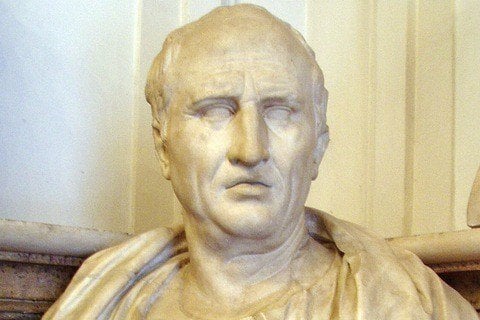 He was born Marcus Tullius Ciceron in Arpinum, Roman Republic (modern-day Arpino, Lazio, Italy). He is known as one of Rome's greatest orators and prose stylists with accomplishments of introducing Romans to the chief schools of Greek philosophy and creating a Latin philosophical vocabulary.