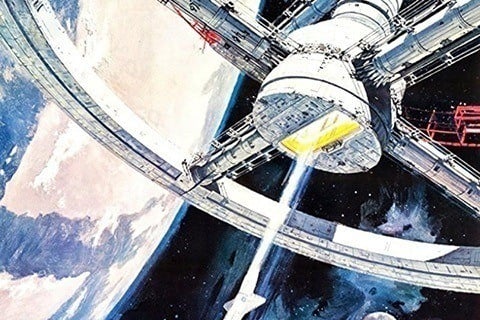 Stanley Kubrick film written by Kubrick and Arthur C. Clarke and inspired by Clarke's short story The Sentinel. It follows a voyage to Jupiter with the sentient computer HAL after discovering a mysterious black monolith.

Regarded as one of the greatest and most influential films ever made, the film was selected for preservation in the National Film Registry. It was nominated for four Academy Awards, winning one for visual effects.