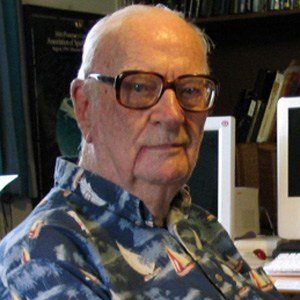 British author whose short story, "The Sentinel," inspired the famous, Stanley Kubrick-directed science fiction film, 2001: A Space Odyssey. His other works include The City and the Stars, Rendezvous with Rama, and The Fountains of Paradise.

He grew up on a farm, and as a boy loved star-gazing and reading science fiction pulp magazines. In 1948, he graduated from King's College London with a bachelor of science degree.

He moved to Sri Lanka due to his interest in scuba diving.

He married a twenty-two-year-old American divorcee on a trip to Florida in 1953; the couple divorced a year later.

He influenced the work of Robert A. Heinlein.

Arthur C. Clarke Is A Member Of