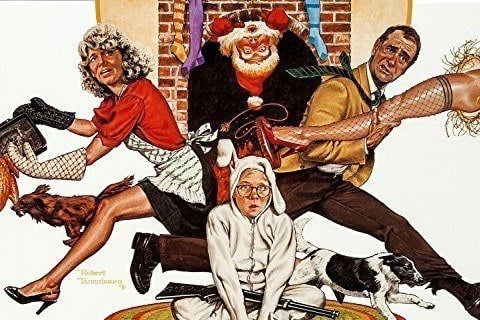 Based on the anecdotes in Jean Parker Shepherd's 1966 book In God We Trust: All Others Pay Cash, this Christmas comedy centers on a young boy named Ralphie who attempts to convince his family, teacher and Santa Claus that a Red Ryder B.B. gun is the perfect gift.

The film is annually broadcast by TNT and TBS in the United States as part of a marathon titled "24 Hours of A Christmas Story" where the movie is played 12 consecutive times on both Christmas Eve and Christmas Day.