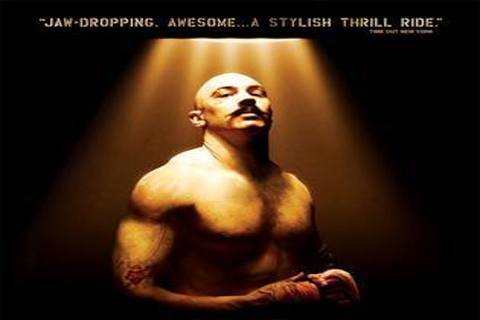 A man who was supposed to only serve seven years in jail for robbery ends up spending three decades in solitary confinement and is left alone with his thoughts and alter-ego, Charles Bronson.

The film is based on one of the United Kingdom's most dangerous criminals, Michael Gordon Peterson. Nicolas Winding Refn wrote and directed the film.