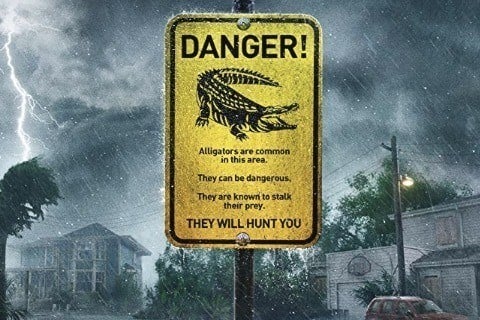 Disaster film and creature feature about a young woman who finds herself trapped in a flooding house filled with alligators during a category 5 hurricane. All the while, she is attempting to save the life of her father.

The film was produced by Sam Raimi and is directed by Alexandre Aja. It was shot in one month in Belgrade, Serbia.