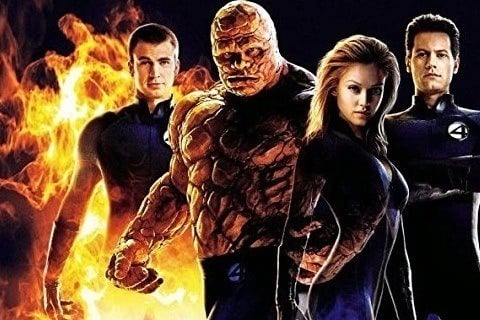 Four astronauts are exposed to cosmic radiation which gives them superpowers that come in handy when later taking down vengeful Doctor Victor Von Doom. The movie is the first installment in the series.

Chris Evans improvised some of his lines in the film. The film marks the first time that Stan Lee played a named character from the comics, Willy Lumpkin, the Fantastic Four's kindly old mailman.