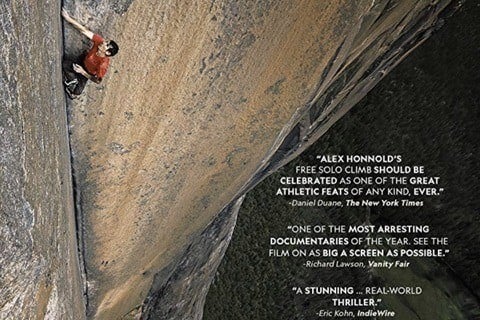 Winner of the Best Documentary Feature honor at the 2019 Oscars which follows Alex Honnold on his journey to become the first person to ever free solo climb Yosemite's 3,000 ft high El Capitan wall.

The film premiered at the Telluride Film Festival in 2018 and at the 2018 Toronto International Film Festival, where it won the People's Choice Award: Documentaries