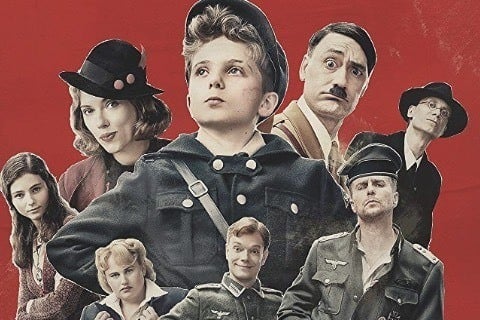 A young boy in Hitler's army discovers that his mother is hiding a Jewish girl in their home. The Taika Waititi film is based on Christine Leunens' book Caging Skies. Waititi won the 2020 Oscars for Best Adapted Screenplay.

The film was produced by Fox Searchlight Pictures and distributed by Walt Disney Studios Motion Pictures. It premiered at the 2019 Toronto International Film Festival where it won the People's Choice Award.