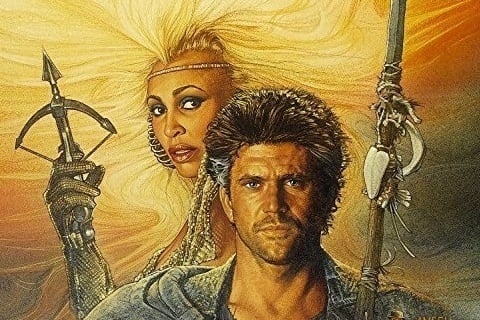 After becoming a gladiator and being exiled into the desert, Max runs into a group of feral children who take his unexpected showing as a sign to return back into town and take down the evil queen.

George Miller wrote, produced, and directed the film. Producer Byron Kennedy was sadly killed in a helicopter accident while location scouting for the film.