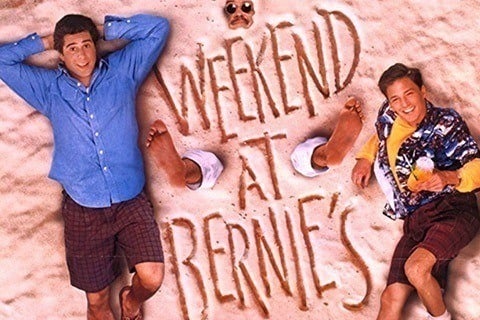 Two employees who discover their boss Bernie to be dead attempt to convince people that he is still alive. It was directed by Ted Kotcheff.

It was inspired by a low budget Hindi movie from 1983 called Jaane Bhi Do Yaaro. The movie's success spawned the sequel Weekend at Bernie's II.