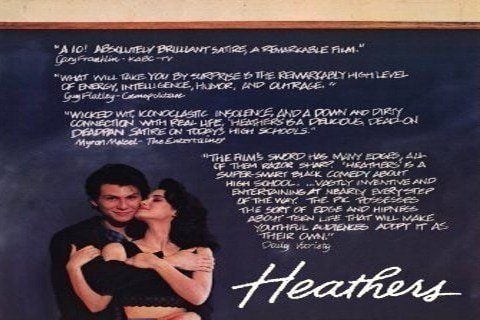 Black comedy film about a teen girl teaming up with a sociopath to kill the popular kids in her high school.

The movie is called Heathers because three out of the four characters in the clique have the name of Heather. The movie was later adapted into a musical.