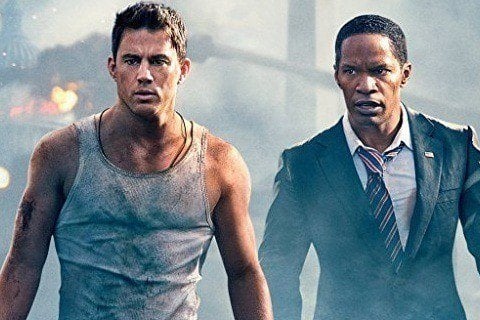 The White House is overrun by paramilitary invaders and a Capitol Policeman is the only one who can save the day. The film grossed over $205 million worldwide.

Most of the scenes in the film were shot on sound stages in Montreal, Canada. The film crew built two Oval Offices; one for dialogue and one for action stunts.