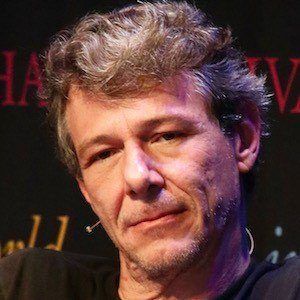 Award-winning Mexican novelist whose influenced was recognized by the Bogotá39 at the 2007 Hay Festival. His works include Muerte Súbita, Decencia, Vidas Perpendiculares, and Hipotermia.

Muerte Súbita won the Herralde Novel Prize in 2013. He received a Rockefeller Foundation Residence Fellowship in 2009.

His wife, Valeria Luiselli, is also an author.

He and Junot Diaz were both recognized as promising Latin American writers under the age of 39 as part of the Bogotá39 in 2007.

Álvaro Enrigue Is A Member Of