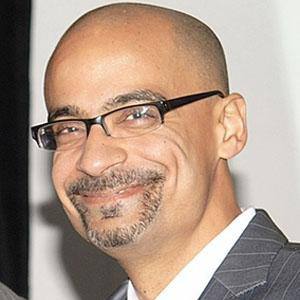 Dominican literary figure who won a 2007 Pulitzer Prize for Fiction for his debut novel, The Brief Wondrous Life of Oscar Wao. He also won numerous awards for his short stories and is most famous for his 1996 collection, Drown.

He earned a degree in English from Rutgers College in 1992. In 1995, he graduated from Cornell University with an MFA degree in creative writing.

He taught creative writing at the Massachusetts Institute of Technology and also served as the editor of The Boston Review.

He grew up in the Dominican Republic as the third of five siblings. He is the longtime domestic partner of romance author, Marjorie Liu.

He cited Toni Morrison as one of his greatest influences.

Junot Díaz Is A Member Of