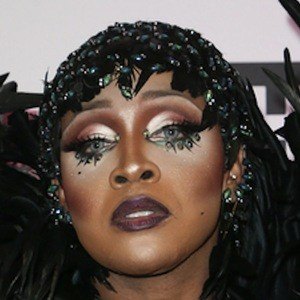 She first started gaining attention in August of 2012 when she started sharing modeling photos through her Instagram. She then went on to make her debut on season eleven of RuPaul's Drag Race in January of 2018.

She is known for being the fourth contestant from the House of Davenport to appear on the show RuPaul's Drag Race.

She was born and raised in Dallas, Texas and shared a photo with his mom and little brother through Instagram in August of 2012.

She was paired up with fellow reality television star contestant Kimora Blac on the mini challenge from episode one on season 11 of RuPaul's Drag Race.

A'keria Davenport Is A Member Of