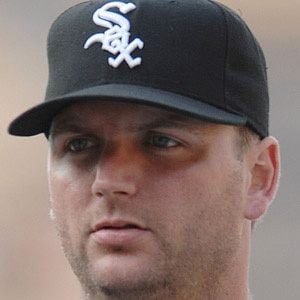 Catcher who was named to his first MLB All-Star game in 2002 with the Minnesota Twins; winner of the 2012 Silver Slugger award.

He was an all-state baseball player at Dr. Phillips High School in Orlando, Florida, playing on a team that included another future MLB player Johnny Damon.

He won a World Series Championship with the Chicago White Sox in 2005.

He had two children with his wife Lisa Pierzynski.

He made a cameo appearance on WWE Raw, replacing Chris Jericho in 'The Price is Raw.'

AJ Pierzynski Is A Member Of