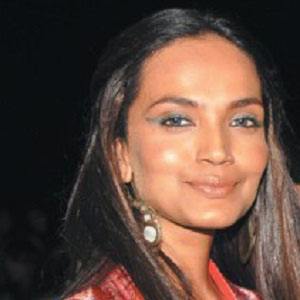 Well known for her roles in the Pakistani television shows Daam, Maat, and Jackson Heights, she is also notable for her critically acclaimed performances in the films Seedlings, Armaan, and Josh: Independence Through Unity.

After studying film production at Hampshire College in Massachusetts, she worked behind the camera at Pakistan's Geo Television network and went on to make her acting debut in a Pakistani made-for-TV movie titled Gurmuch Singh Ki Waseeyat.

A successful model as well as an actress, she became famous internationally as a spokeswoman for the L'Oreal brand.

The daughter of pharmacist Abdul Sheikh, she was born in New York City and raised in Pakistan and Saudi Arabia. Her marriage to fellow entertainer Mohib Mirza began in 2005.

Sheikh and her contemporary and fellow Pakistani actress, Mahira Khan, appeared together in a 2014 music video titled "Urainge."

Aamina Sheikh Is A Member Of