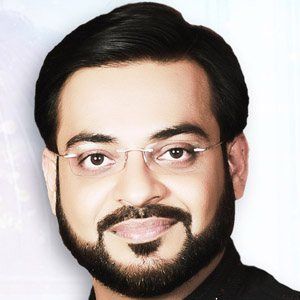 Former member of the National Assembly of Pakistan from 2002 to 2007 who also served as the Minister of Religious Affairs. He went on to have a career as a television host for the Geo and ARY networks. He died at the age of 50, likely due to suffocation from household gases.

In 1994, he became a member of the Muttahida Qaumi Movement.

In the early 2000s, it came to light that he had fabricated his history of university degrees. He had been banned from TV for hate speech.

He grew up in Karachi, Pakistan, as the son of politician and National Assembly member Sheikh Liaquat. He has a son named Ahmed and a daughter named Dua with wife Bushra Aamir.

He and Fahmida Mirza both had careers in Pakistani politics.

Aamir Liaquat Hussain Is A Member Of