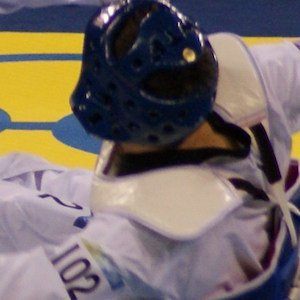 Martial artist who became the first British man to reach the top of taekwondo world rankings, doing so in 2010. Despite his success, he was left off the 2012 British Olympic team and, in response, gained Moldovan citizenship to represent the country.

After his exclusion from the 2012 Olympic team (he'd represented Britain at the 2008 Games), he changed his affiliation to the Isle of Man before eventually representing Moldova.

He and Alexander Rai have both represented England in taekwondo.

Aaron Arthur Cook Is A Member Of