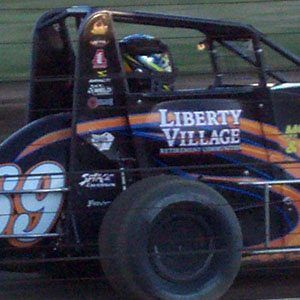 American race car driver who began his NASCAR career in 2004.

He was born in Galesburg, Illinois and started racing midgets in 2001.

He was named United States Auto Club National Midget Driver of the Year in 2002 and 2003.

He and his older brother AJ Fike both began their careers in midget racing and then moved on to NASCAR.

He broke Jeff Gordon's record as the youngest driver to win a USAC Silver Crown Series race in 2001.

Aaron Fike Is A Member Of