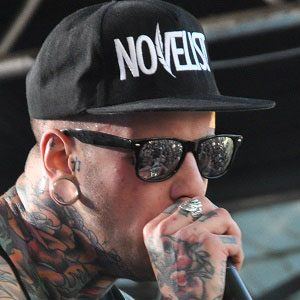 Metal singer best known as the lead vocalist for the French band Betraying the Martyrs.

The band was signed to North American label Sumerian records and released their first album Breathe In Life in 2011.

He was originally born in Leicester, England. He has two daughters.

Betraying the Martyrs, in it's early stages, toured with Danny Worsnop and the rest of Asking Alexandria.

Aaron Matts Is A Member Of