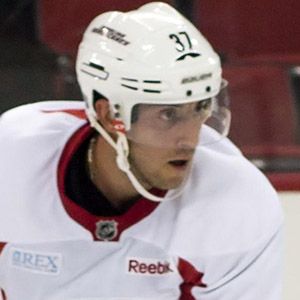 Professional hockey player known to NHL fans for his time with teams like the Carolina Hurricanes. In the AHL, he played for the Hamilton Bulldogs, becoming the franchise's leading postseason scorer.

He played hockey at the University of Michigan, where he was an All-CCHA First Team slection.

At the 2013 IHFF World Championships, he helped the United States earn its first medal at the tournament since 2004.

He has sisters named Monica, Julia and Jesika.

He has been teammates with Jordan Staal as a member of the Carolina Hurricanes.

Aaron Palushaj Is A Member Of